In the game operation, player can control the motorcycle to move forward by long pressing or sliding the screen left and right. Long-pressing in the air can also accumulate nitrogen through spinning stunts, motorcycle can also sprint with the help of acceleration runway. In the process of overtaking the opponent, players can destroy the opponent's motorcycle by "collision". The only thing players need to pay attention to is to avoid obstacles and ensure that the landing posture is safe and accurate.

The game adopts a simple development system. Players can not only continuously improve the game attributes (maximum speed, acceleration ratio, gold coin revenue), but also unlock many characters such as Batman, Ninja, and delivery man, many classic motorcycles, cool wheel prints and tail flames, etc. They all give players a top driving experience.

Although the gameplay is simple, it is not easy to play well. With the continuous improvement of levels, the game will increase the difficulty of the game under different maps, which mainly focused on terrain obstacles, including wooden boxes, stone piers, snowmen, sewers, tornadoes and other specific obstacles, which block the route of the motorcycle or block the player's vision.

As a racing game with simple gameplay, in order to let players play the game more freely, developers designed a variety of props in combination with the currency in the game to help players speed up the clearance. 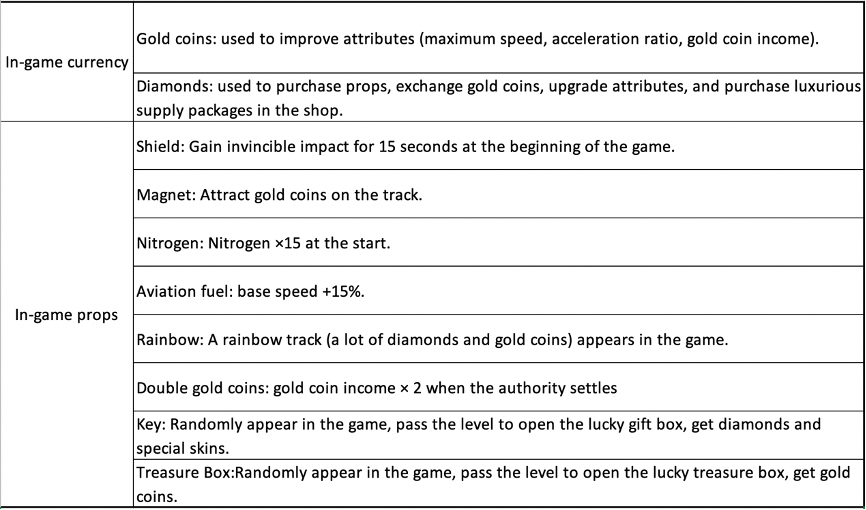 Although "Flipbike.io" adopts the commercial model of "in-app purchase + advertising", its in-app purchase option is "remove ads" only and the main source of revenue is still in-game advertising. In terms of advertising formats, the game chooses to use interstitial video + rewarded video ads. The rewards for watching ads are similar to other games, such as double revenue, resurrection, item trial and acquisition, in-game currency, but the game’s interstitial video and game contents are highly integrated, and the presentation styles on different game interfaces, levels, links, and items are in line with the players’ current game operations and needs. Players have received a lot of growth rewards while enjoying the racing experience, which has generated stronger positive feedback on the gameplay. 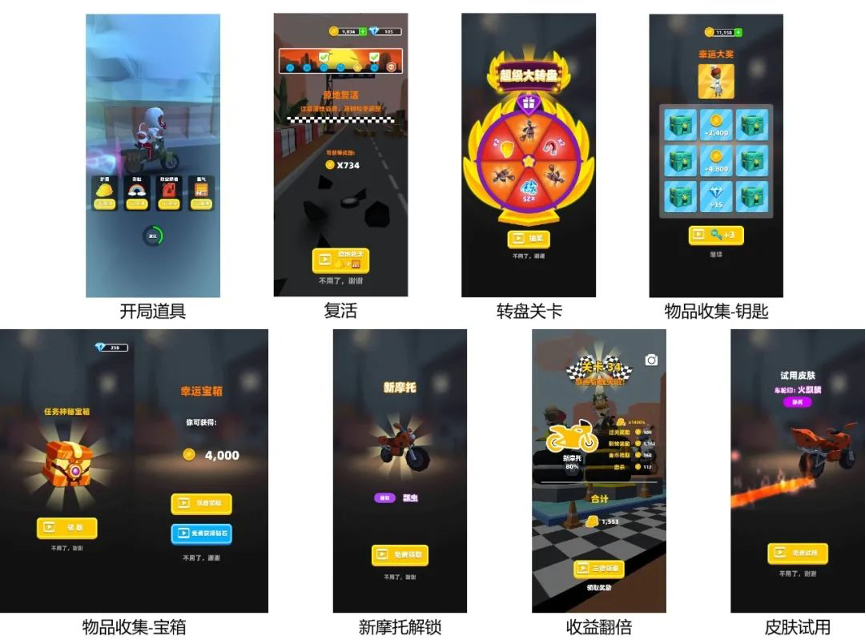 "Flipbike.io" has been directly integrated through TopOn to access multiple advertising platforms for advertising monetization from the early days of its launch, and has achieved refined operations with the help of functions such as segment group, waterfall layering and AB Test.

In addition, with the use of advertising source display caps and intervals, to maximize the potential of each advertising platform, which aims to gradually increase advertising eCPM.

From the initial test of Flipbike.io's launch to the large-scale global launch, through the gradual refinement of advertising operations, the rewarded video eCPM increased by 54%, and the 7th ROI increased by 65%.