As ads monetization becomes more and more frequent in commercialization of mobile apps, developers are more proficient in design, test and platform selection of in-app advertising, while there is also a need to understand the causes of data fluctuations. Recently, TopOn officially launched Funnel Report, which details the entire link of application from app launch to user clicking on ads, helping developers quickly identify fluctuation factors of advertising revenue. 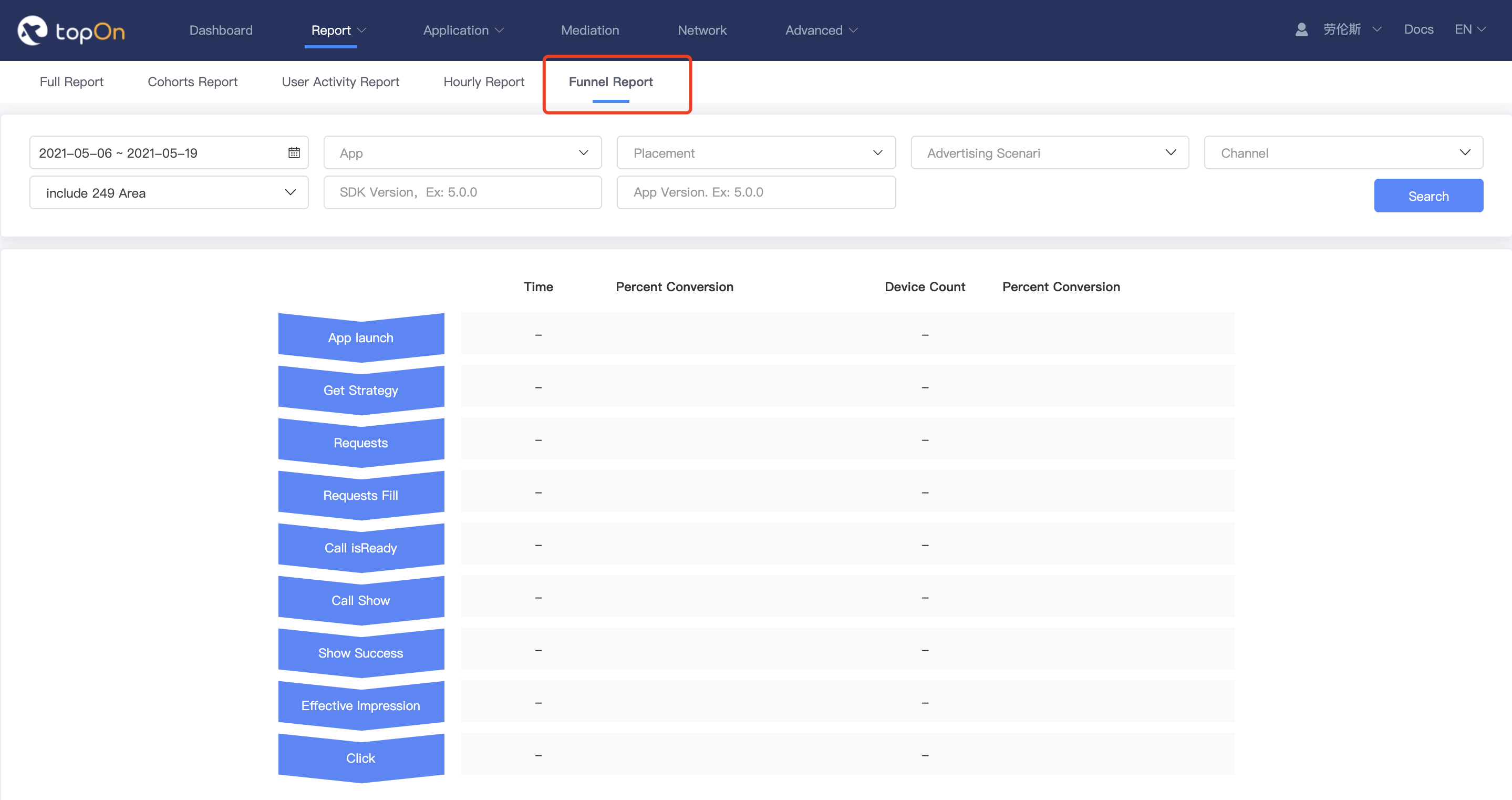 Analysis path based on funnel report

Use funnel report to compare the event data over a period of time to observe the performance of the data continuity.

External factors: If the conversion rate of each link in the funnel analysis report is similar and the advertising revenue has declined, you can focus on non-ad request factors such as advertiser budget.

Internal cause: If the conversion rate of each link of the funnel analysis report declines and the advertising revenue declines, you can focus on the impact of the application version update.

Device stability is the basis for advertising monetization of application. When user open APP, advertising platform will obtain information about user’s device. Through the funnel report, developer can observe the number of APP launches and the ratio of the number of devices to the number of ad requests, and evaluate the application network status, repeated calls, application version, SDK version and other factors.

The TopOn funnel report is now open for developers to test and use. Developers who need it can contact our business operations, view more on our website（www.toponad.com)