How to use ROI reports

TopOn has integrated its own mediation monetization data with the cost from advertising platforms and activations from attribution platforms. Developers can view product operation data in TopOn dashboard, eliminating the trivial work of daily data processing and greatly saving operating costs, which help developers focus on product tuning and increase monetization benefits.

Helping developers get through monetization and media buying data, and provide ROI data in multiple dimensions including applications, advertising platform, advertising groups, advertising plans, creatives and regions. Developers can flexibly adjust the advertising media buying strategy based on the ROI effect, such as increasing the budget for channels with better ROI performance, and timely shutting down channels with poor ROI performance that cannot be repaid, so as to achieve efficient and accurate product operations. 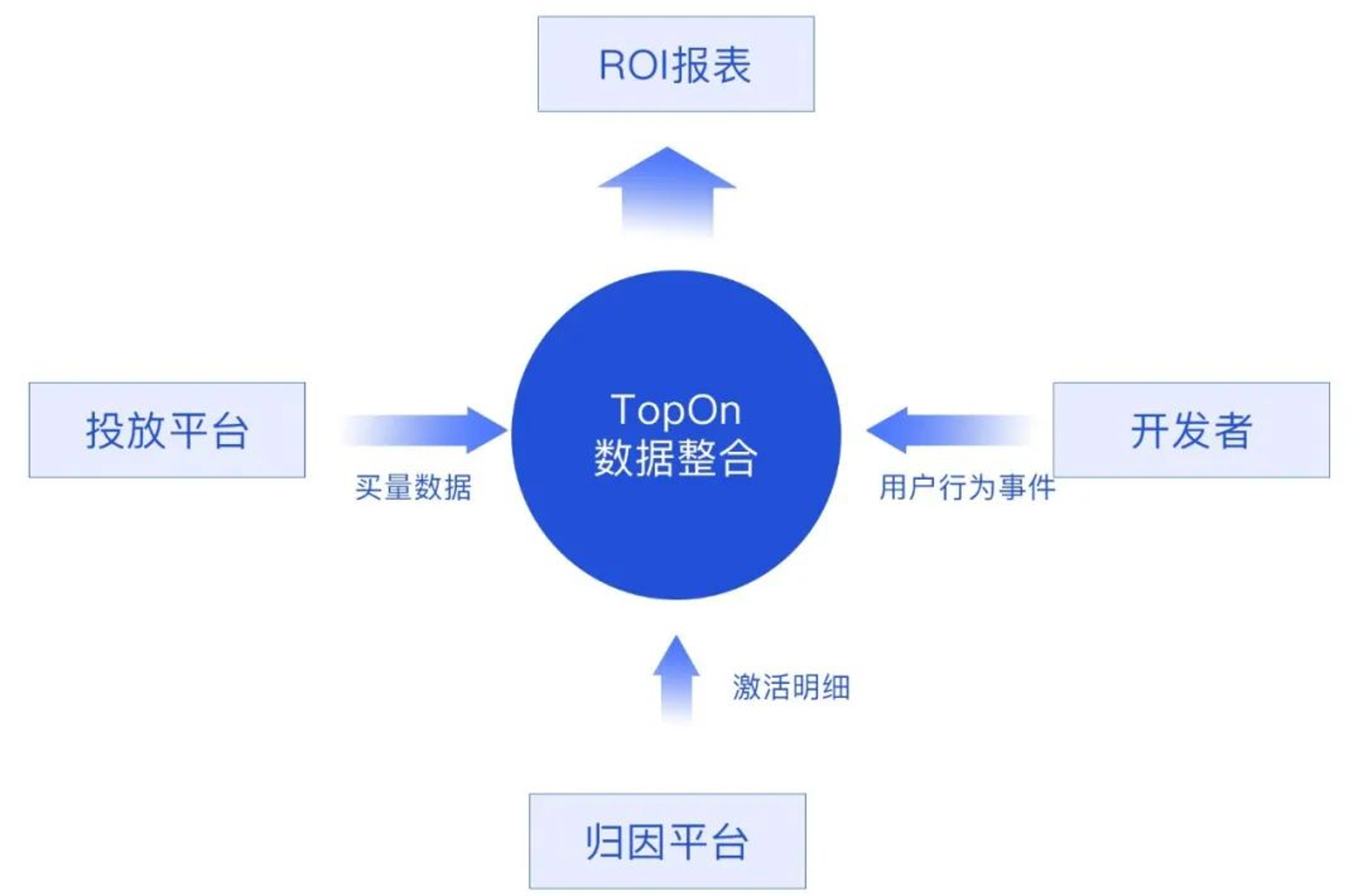 Developer communicates with TopOn account manager to determine which attribution platform and advertising platform to use before accessing to TopOn.

After completing the above two-step configuration, TopOn will connect the monetization and advertising data to provide developers with ROI data in multiple dimensions such as channels, advertising groups, advertising plans, creativity, and regions, helping developers to achieve efficient and accurate product operation strategies.

We have officially launch the ROI report function, any developer teams who interested in it can apply to the our account manager for permission.