TOPSHOW | Continue to occupy the top position in PZL list, explore how "Little Detective Painter" has become a hot game together with TopOn.

PZL games have always been one of the popular categories in casual games. Facebook’s report shows that more than 60% of mobile game players in the United States and the United Kingdom are playing this game. Nearly half of the players in South Korea are also playing. The Asia-Pacific region also likes this type. Among them, PZL games are the most popular type second only to role-playing games in Japan. Today, we will bring you the 2021 PZL masterpiece-"Little Detective Painter", to explore how an excellent game can make gameplay innovation and commercial monetization.

"Little Detective Painter" is a PZL game that integrates painting gameplay, released by Lewan Technology. Game player needs to act as a detective, draw out the physical characteristics of the prisoner through clues, and assist police in finding the real prisoner among the many suspects for arrest. 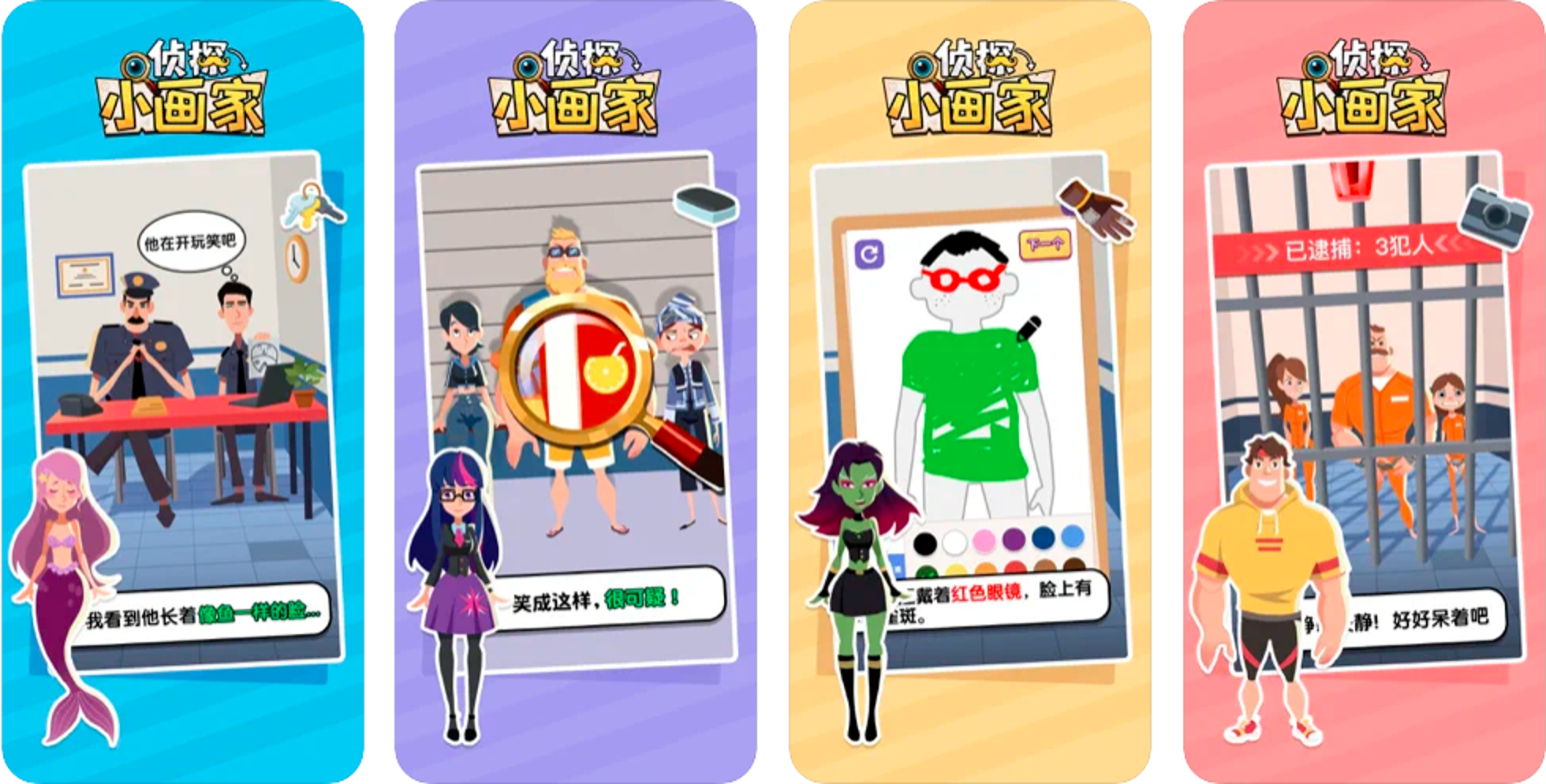 "Little Detective Painter" was officially launched in November 2020. From January to February 2021, it has occupied the forefront of casual game free list for a long time, and has repeatedly topped the intellectual free game list, with an amazing growth rate.

From the perspective of gameplay, "Little Detective Painter" is based on life. In real life, it is a conventional criminal investigation method for the police to carry out portraits of suspects according to witnesses' descriptions.

The game contains different cases, including "normal cases", "special cases" and "top secret cases", among which "top secret cases" require player to trigger a special entry on main interface to unlock. There are also "six mysteries cases" and "hidden incidents" for players to use their strengths to catch special suspects by looking for clues in the scene. In addition, there is a case center for players to create their own cases, but also to experience cases created by other players, which is full of interaction. 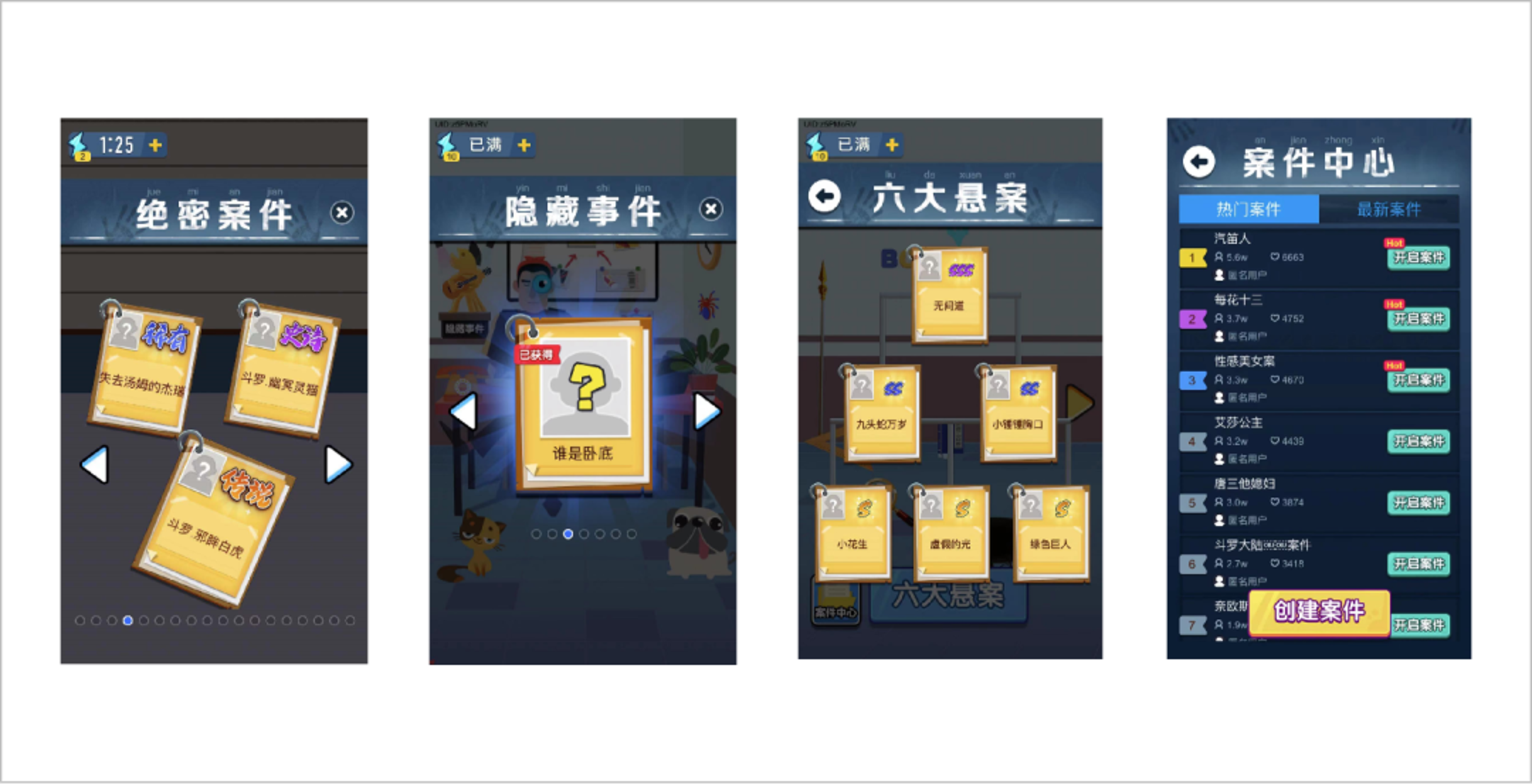 Prisoners in the secret cell can also click on interrogation, trickery, and offer a reward to the prisoner. According to the prisoner's performance, they can choose to release or continue to be detained. In addition, there are mysterious prisoners, who will trigger hidden eggs in the secret prison, such as prison escape, Snow White, and security guards. There are even more undercover missions. The undercover faces different options to decide whether the mission is successful. 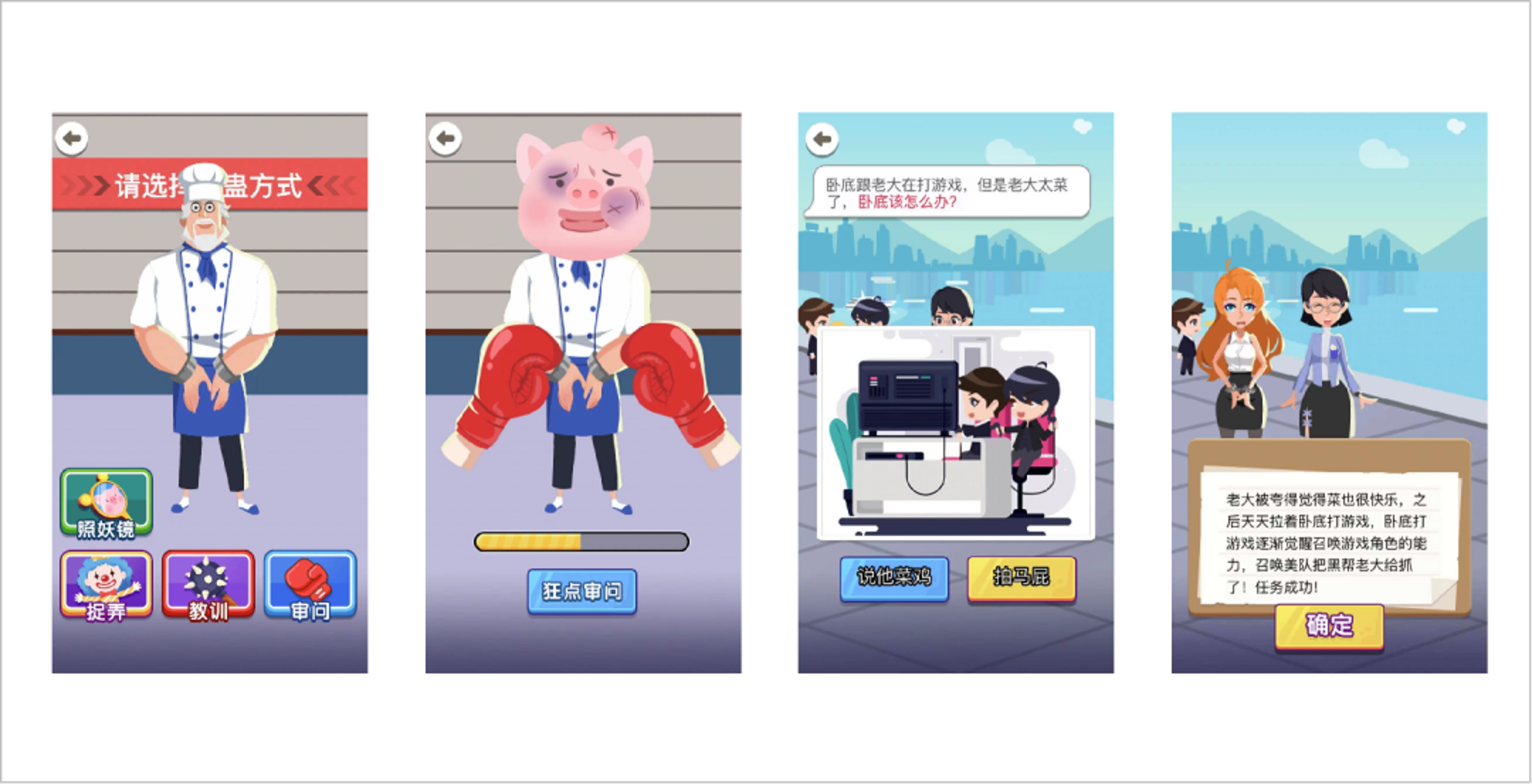 The rewards for players to pass are mainly money and physical strength. Physical strength is mainly used for general cases to pass through the barriers. It can accumulate up to 10 points. Each case consumes 3 points and restores 1 point of physical strength every 10 minutes. The money can be used to unlock the criminal directory and upgrade the main interface decoration, such as replacing the floor, adding computers, wall decorations, pets, etc., to create and enhance the atmosphere of the player as a detective.

"Low threshold, short time, and strong universality" are the obvious characteristics of PZL games, so it naturally fits the commercialization model of advertising monetization. The in-game advertising placement of "Little Detective Painter" is deeply integrated with the game content, and the advertising formats adopted include interstitial, banner, native, and rewarded video. As a PZL game, rewarded videos are naturally the most widely used, such as doubling the customs clearance rewards, physical recovery, unlimited physical strength, and customs clearance clues. 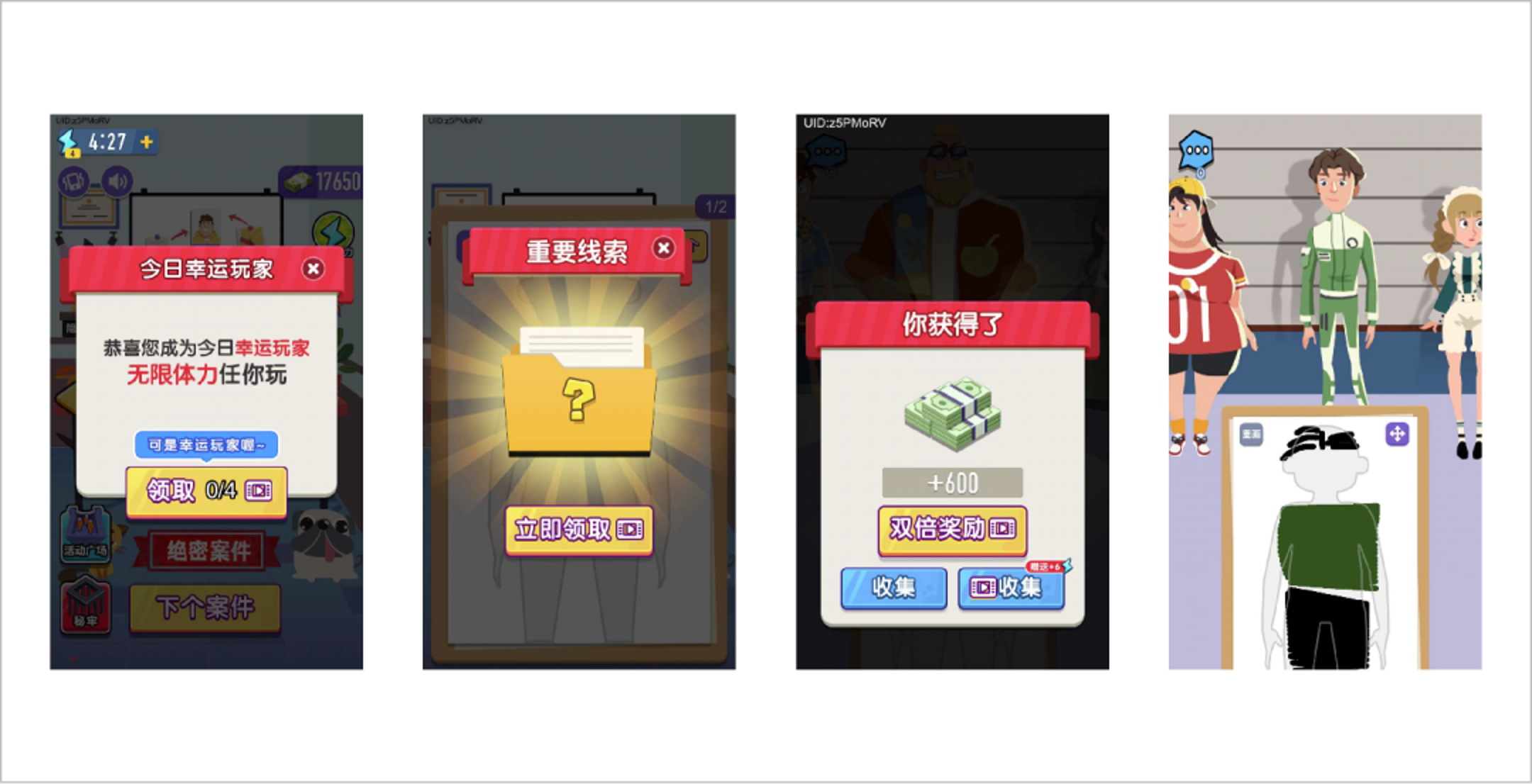 In combination with the players' game needs, the game has designed more in-depth rewarded video entrances in multiple spots. In order to reduce the difficulty of the game for players, developer provides clues about the prisoner's full picture, which can be obtained by players watching advertisements during the painting or identification process. In addition, considering the variety and difficulty of case types, the game sets rare, epic, and legendary cases in the "Top Secret Case" to watch 1, 2, and 3 advertisements to unlock them. 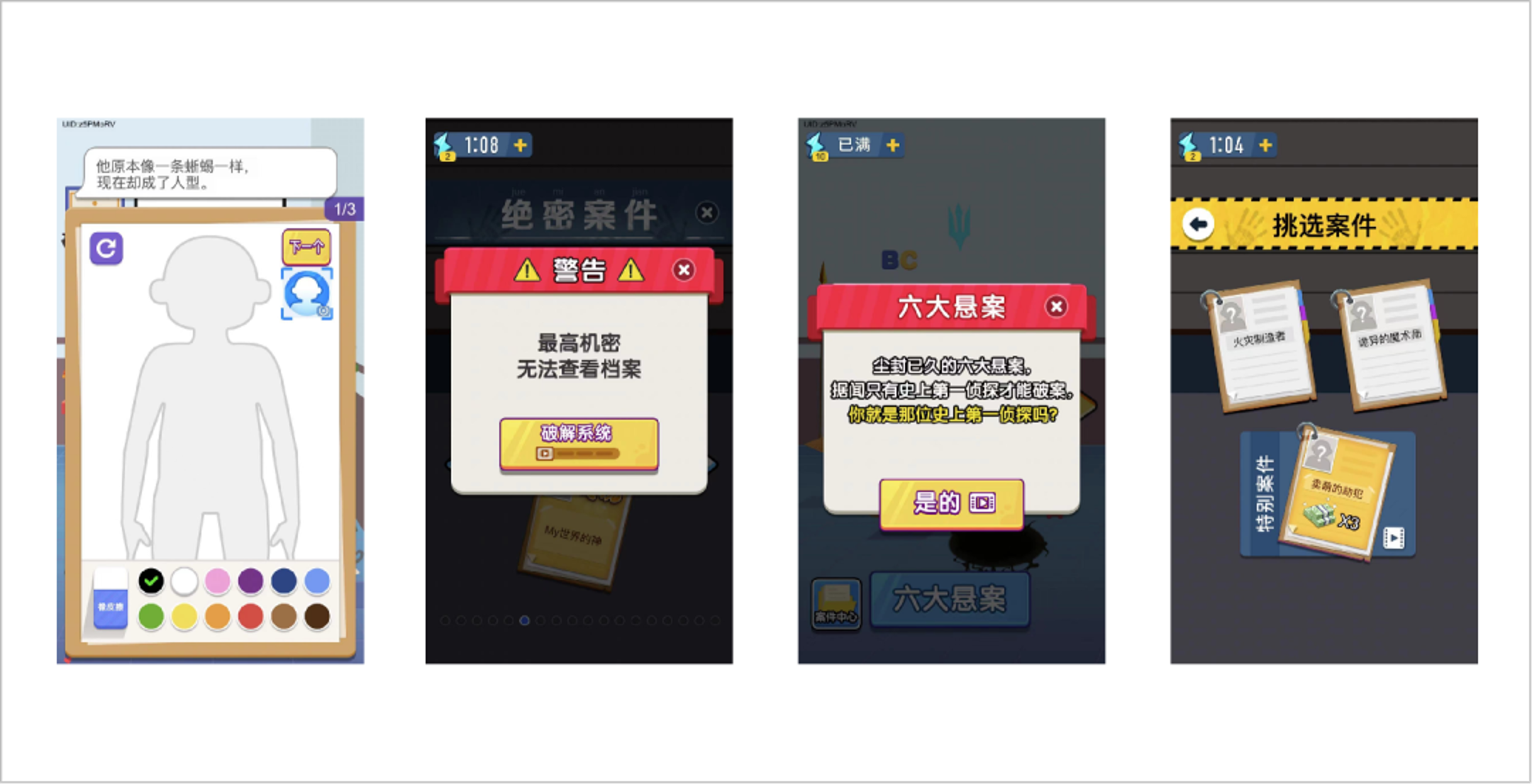 Banners, native and interstitial ads follow the principle of "do not disturb player's gaming experience". Banners and native advertising placement are mainly placed on game's level selection and clearance interface; interstitial ads will pop up when returning to the non-game interface and cancel the ad display opportunity, and can be closed after 5 seconds. 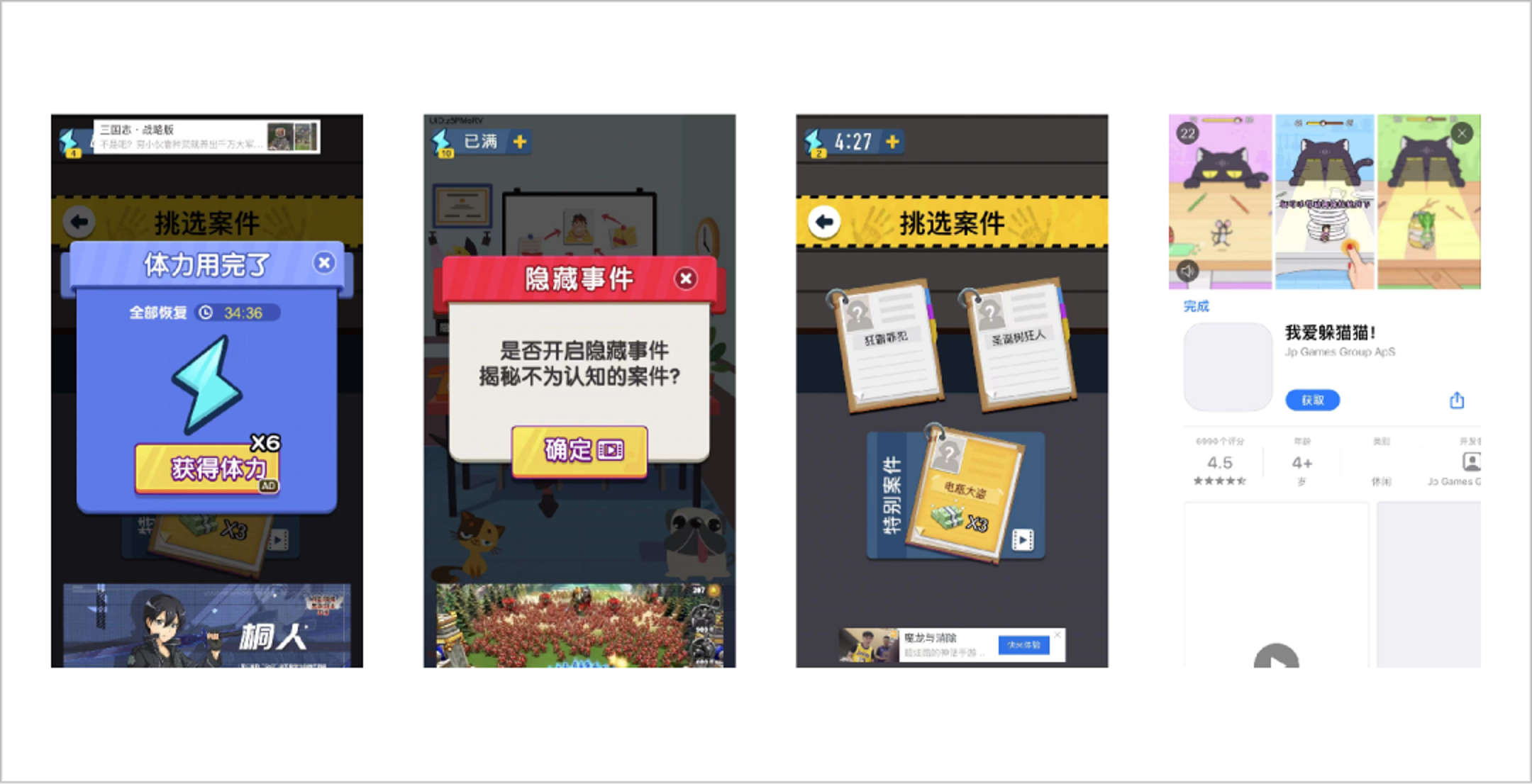 TopOn helps the game continue to be on the list

PZL games have been popular all over the world since the end of 2019, which is still one of the most popular categories. "Little Detective Painter" can stand out from a crowd of popular games, and its innovative puzzle solving methods, rich gameplay, and the combination of domestic film and television elements are also a highlight. This also provides a new idea for how to innovate the gameplay of similar games in China. In addition, in the field of advertising monetization, they chose to use TopOn for ads monetization, which further guaranteed the rapid update of product content and the stability of advertising display effects, and achieved both advertising revenue and operational efficiency.