Consumers still care about where they see adverts with mobile games being their preferred destination (16%) compared to YouTube (15%), Instagram (8%) and Snapchat (7%).

According to the latest 2019 Brand Safety Survey by ad provider AdColony, consumers are also more likely to make a purchase after seeing an ad in mobile games (26%), as opposed to YouTube (18%), Instagram (13%) or Snapchat (7%).

The majority of consumers (60%) said they encountered hateful and inappropriate content on Facebook raising serious questions over brand safety on the social media platform. Roughly one third (31%) felt the same about YouTube and 20% also noticed undesirable content on Google.

Unsurprisingly, 49% of respondents feel that offensive content next to an ad has a negative effect on a brand, whilst 39% said it had no impact. 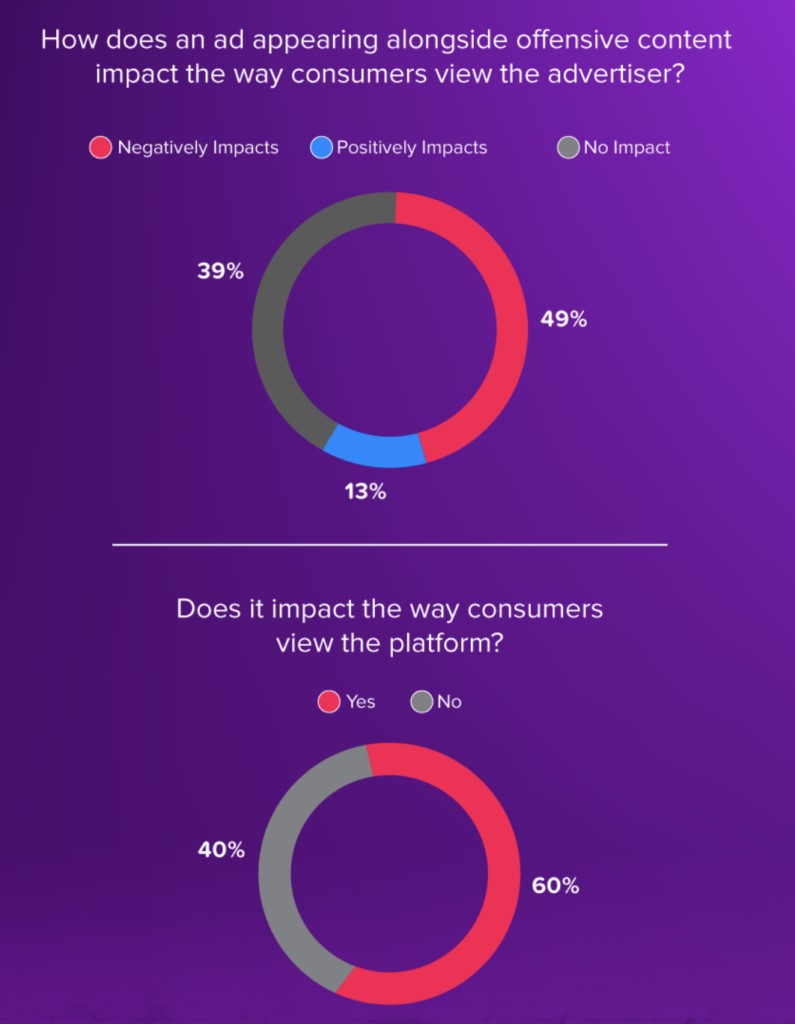 60% of respondents also believe it impacts the social platform negatively.

Meanwhile, 49% of respondents added that they still encountered fake news on Facebook, compared to 25% of YouTube and 20% on Google.